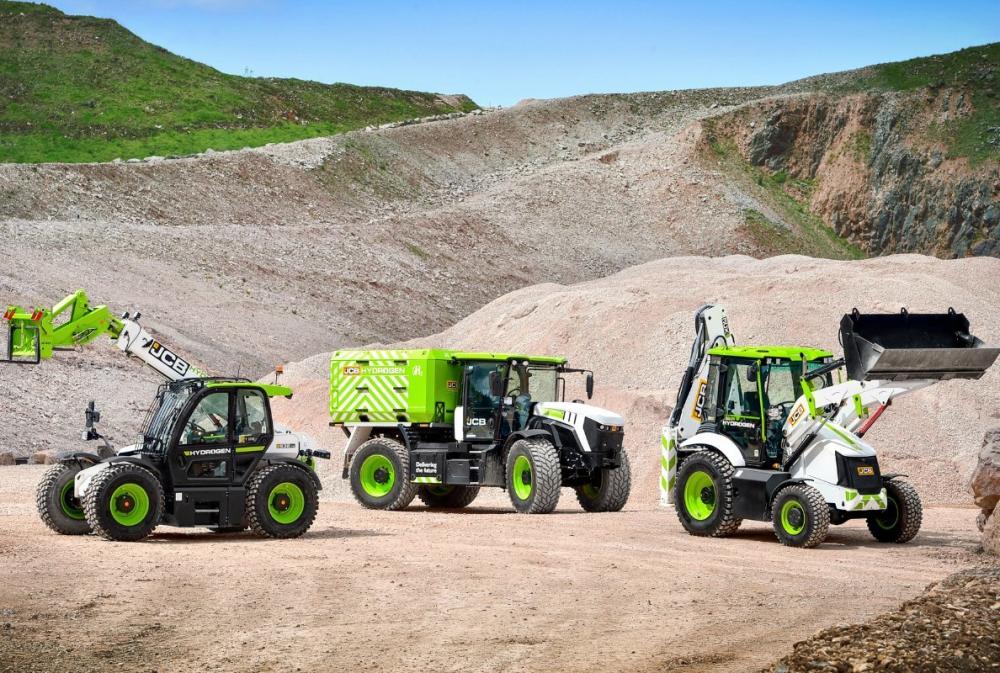 JCB is investing £100 million in a project to produce super-efficient hydrogen engines and has already showcased working prototypes of a backhoe loader and Loadall telescopic handler powered by hydrogen.

Today the company announced another industry first – a mobile hydrogen refueller, providing a quick and easy way for customers to refuel their machines on site. Around 97 per cent of construction machines have fuel delivered to them while working on site. This means customers are already used to a transportable fuel, allowing refuelling to take place in a matter of minutes.

JCB Chairman Lord Bamford, who is leading JCB’s hydrogen project, said: “Since we became the first construction equipment company to unveil machines powered by hydrogen, many have asked how they can be refuelled.

“Well today we have an answer with our new mobile hydrogen refuelling system, which allows hydrogen to be taken from on-site tube trailers and distributed to machines by our refueller as they work on the job site. This is no different to today when diesel is taken in bowsers to refuel machines.