JCB machines from the past and the present were given a patriotic send off as they headed to London for Her Majesty The Queen’s Platinum Jubilee celebrations.

JCB is a Platinum Jubilee Pageant Partner and is providing five milestone machines spanning The Queen’s 70-year reign to take part in a spectacular parade through the capital next month.

Leading the way will be the Mark 1 JCB backhoe from 1953 the year of Her Majesty’s Coronation.

Bringing the parade right up to date for Platinum Jubilee year will be a 2022 backhoe powered by hydrogen.

It will also be a rare public outing for JCB’s brand new hydrogen-powered machines, which are currently being developed by the Staffordshire-based company as it explores the potential of hydrogen as a zero CO₂ alternative to fossil fuels. 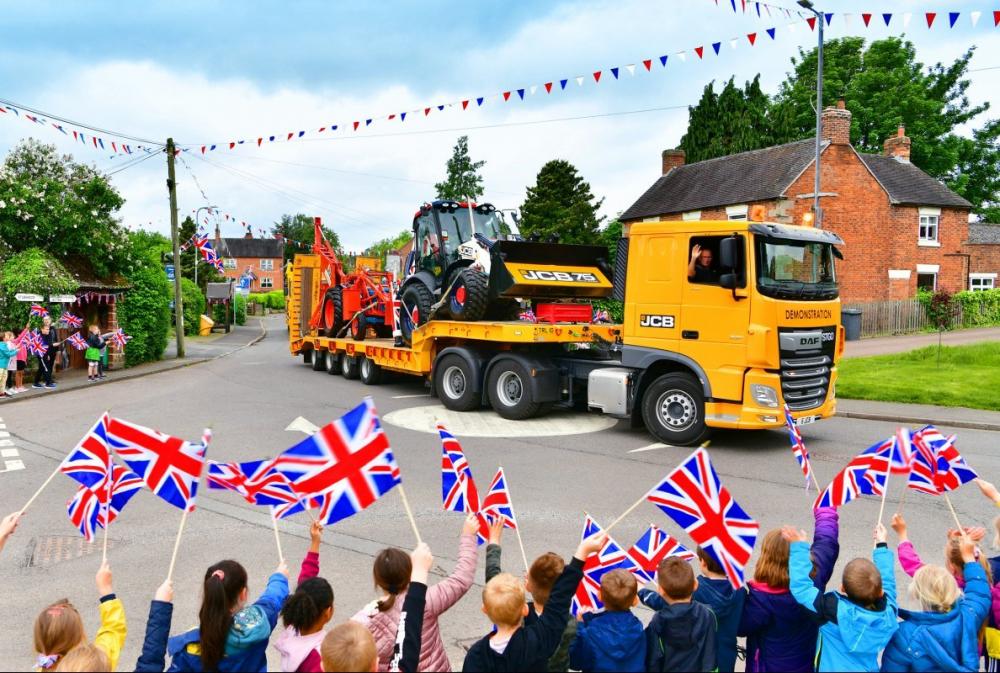