The five diggers paraded down The Mall towards Buckingham Palace past members of the Royal Family and tens of thousands of cheering spectators who were lining the route.

Today the team of operators driving the JCB machines spoke of their pride and emotion at being involved in the tribute to The Queen as they drove machines manufactured in The Queen’s jubilee years of 1977, 2002, 2012 and 2022 – and one made in her coronation year 1953.

JCB Backhoe Loader Product Marketing Manager Julian Carder, 46, of Uttoxeter was driving a 1977 JCB backhoe from the year of the Queen’s Silver Jubilee – a machine he restored to its former glory in 2012. 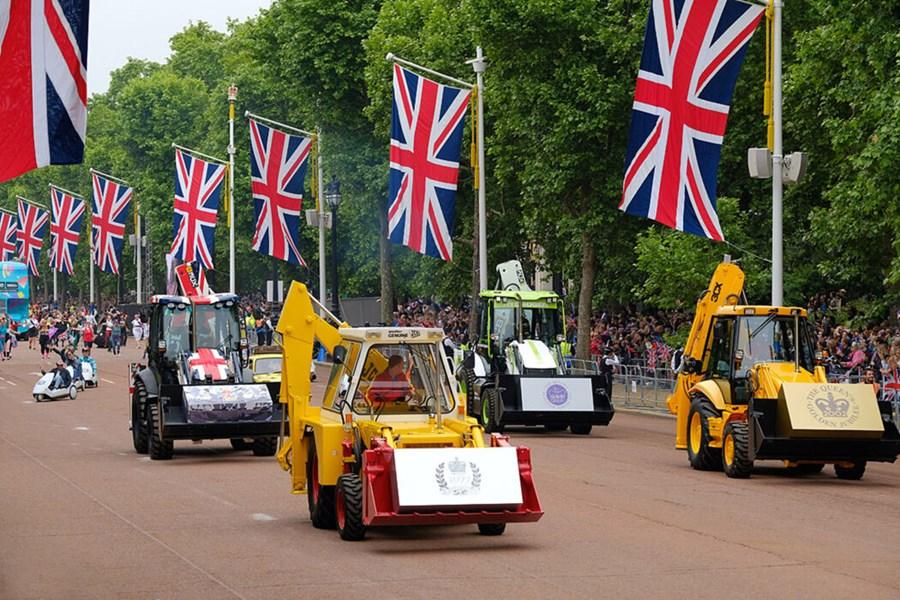